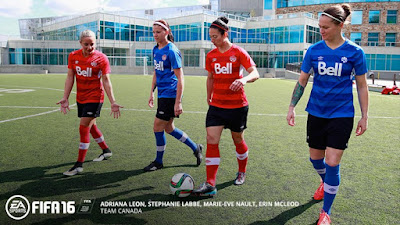 EA Sports have announced they will include women's football teams in their FIFA video game for the first time ever this year.

England's national side will be one of twelve international women's teams to feature on the latest title in the franchise, FIFA 16, which is released in September.

The landmark decision was taken to coincide with the women's World Cup, which kicks off in June.

"It's a really exciting year for women's football with the forthcoming World Cup and to find out we will be included in FIFA for the first time is a special feeling.

"Hopefully it will help raise the profile of the women's game even further.

"Quite a few of us in the team play FIFA so I'm sure there will be a bit of banter about our ratings and a few extra competitive games while we're away in Canada…. I'm looking forward to scoring as myself for the first time!"
Post By Unknown Times： 6/01/2015