Anyone Else Going to Buy FIFA 16? 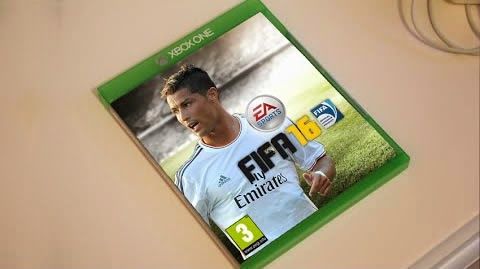 Honestly, FIFA 15 is one of the worst FIFA's in recent years. Almost none of the problems in the recent games have been fixed, a new and revamped "ball physics" is barely noticeable yet the game's entire advertising campaign was focused on that.

Online is still as terrible as ever. It seems goalkeeping errors are even WORSE than previous games, half-way line shots get scored frequently because the AI goalkeeper just spazzes out. There's also terrible teammate AI, I often see players standing around doing nothing while I'm making runs and they won't support me. This year's PES feels much more natural, and you have less frustration due to the game's mechanics being broken. I've had multiple losses in Ultimate Team because the game disconnects at the end of a match I won and gives me the DNF bullshit.

I love career mode, but it is basically the same except some noticeable (for me) improvements to player growth and that players over 30 don't just drop ratings dramatically any more.

You could play FIFA 14 and have basically the same experience in FIFA 15. Why haven't they added anything new? Like some actual depth in career mode? If you have a team in the Football Championship win the Premier League in 5 or 6 years, why do you still have less than $20 mil a year on budget? I recall older FIFA career modes having the option to chose your sponsorship and affects how much budget you have, why in the world did they take content out of the game?

With the recent complete bombshell of NHL 15, and Madden 25 being horrible and Madden 15 being ok, I think I'll pass on FIFA 16 unless I see some actual improvement on the game.
Post By Unknown Times： 5/22/2015